Welcome to my blog!
Here you will find information on recent Latvian postage stamps and FDC covers. As well as the many covers, stamps and postcards that I'm getting from you, my friends . 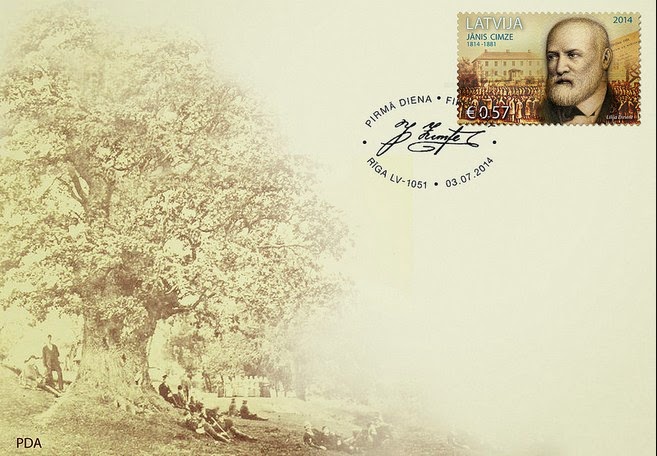 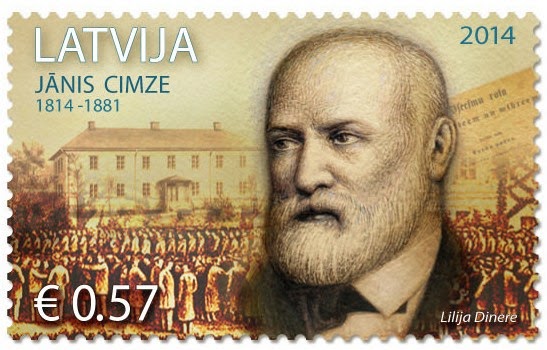 Latvijas Pasts has released a new stamp to celebrate the 200th anniversary of the outstanding Latvian cultural figure Jānis Cimze.
The stamp Jānis Cimze - 200 has been designed by the artist Lilija Dinere. The denomination of the stamp is EUR 0.57, making it suitable for mailing a regular Class A letter in Latvia. The print run of the new stamp is 30,000, while the first-day cover has been released in 1,500 copies.
Jānis Cimze is one of the most prominent Latvian cultural figures of the 19th century: he was a distinguished pedagogue and composer, the first collector and arranger of Latvian folk song tunes and founder of Latvian choir culture. J.Cimze arranged around 350 Latvian folk songs, including Rīgadimd (Riga Resounds), Krauklīts sēž ozolā (Raven Sits in the Oak Tree), Seši mazi bundzinieki (Six Small Drummers), Div' dūjiņas gaisā skrēja (Two Doves Bolted into the Blue), etc. Furthermore, he compiled the first national repertoire for choirs - the collection of songs Dziesmu rota (A Garland of Songs) and fostered the creation of the First All-Latvian Song Festival (back then known as the All-Latvian Singing Festival), which was held in Riga in 1873.
Autors: Unknown plkst. ceturtdiena, jūlijs 03, 2014

You have provided very good information and this is very important. And people get benefits from reading about such information. Thank you so much for this
Lagoon Stamps

Article contains so many wonderful information which will be liked by the readers as in my opinion this is the best article in this category.
ghaziabad pincode

The philately is hobby for me more than 10 years. All this is more for relaxation @ @ @ @

Topics that are more interested in my mind, eyes and heart:

~ Any beautiful postcards,covers,FDC _ sent from our planet the most beautiful places

My philatelic friends, I am ready to exchange covers,postcards and stamps from Latvia with you. 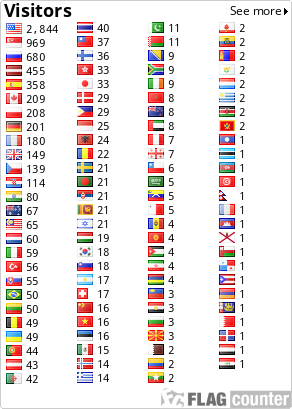